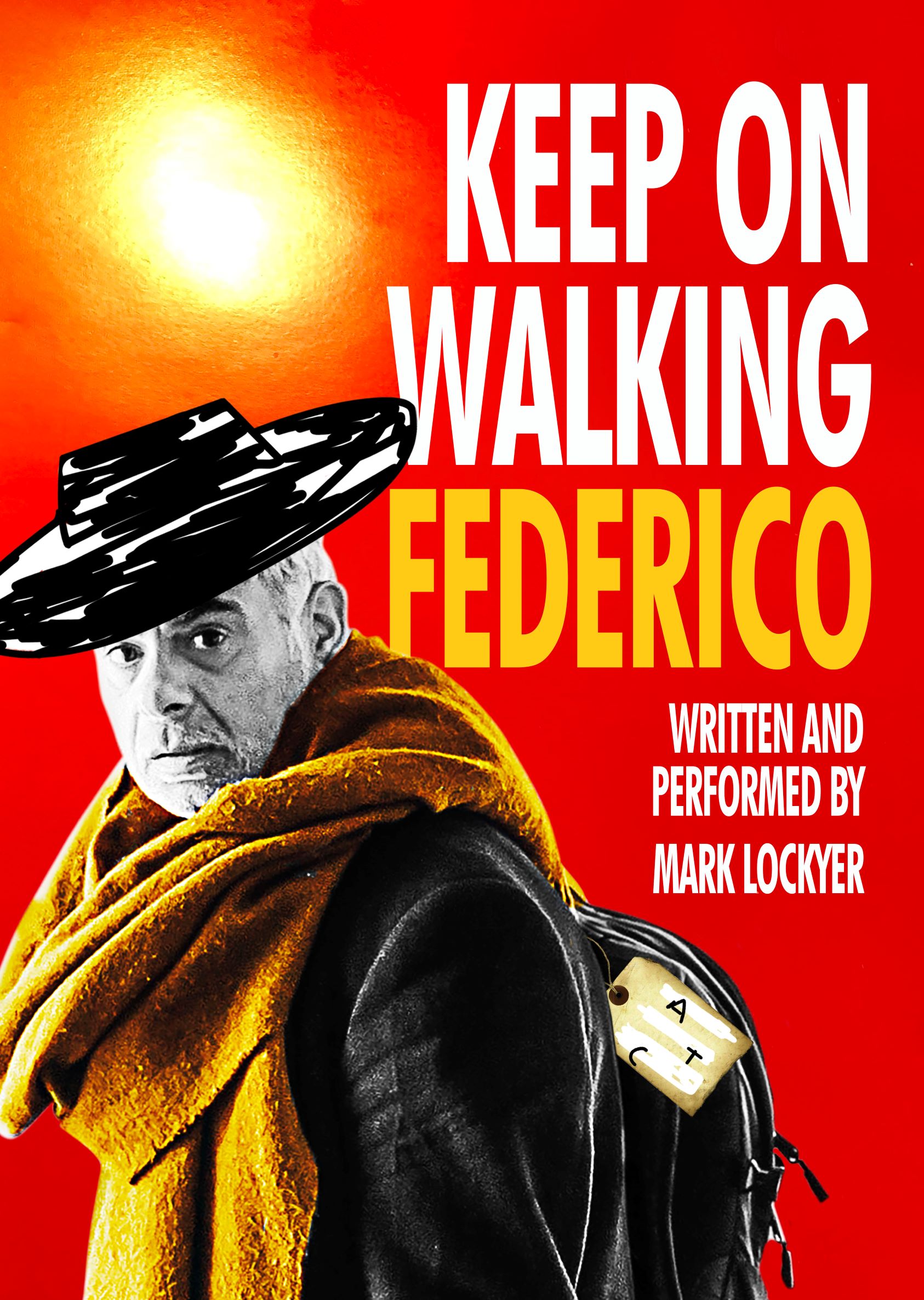 ???? “Lockyer has one hell of a story and he tells it rivetingly well” The Times

It is the brand new play by the writer and performer of Living with the Lights On, an ATC production that has been acclaimed by critics and by audiences from Bristol to Barcelona (including two sell-out runs at the Young Vic).

“And in that moment I realised… things had got a bit grim.”

Mark is struggling. Work, relationships, going grey. Add to that, he can’t even get his head around Snapchat. Then a letter arrives. Mark has no choice but to leave…with no idea if he’ll ever come back.

The play tells the story of Mark’s journey into an uncertain future. Being Mark, he decides he should experience it in sunny Spain. But there, he encounters incidents and people that keep reminding him that living in the present and looking forward to the future doesn’t always mean escaping from the past. With time to contemplate and as his thoughts turn to his relationships with his parents, his upbringing and the experiences that have brought him to this point, Mark’s challenge is to find the ability to move forward whilst acknowledging what is behind him.

Watch the video next to this text for more….

Mark Lockyer trained at RADA. His career spans three decades and includes leading roles at The National Theatre, The Royal Shakespeare Company, The Old Vic, The Young Vic and The Royal Court working with likes of Ken Campbell, Mark Rylance and Sam Mendes. His most recent roles comprise Danaos in The Suppliant Women (ATC/Hong Kong Arts Festival), Iago in Othello (Shakespeare at the Tobacco Factory/ETT) and Subtle in The Alchemist (RSC).

Actors Touring Company (ATC) makes international, contemporary theatre that travels. The company creates shows with a global perspective: activating and entertaining the audience whilst asking questions of the world around us. Placing the actor at the heart of our work, and employing a lean aesthetic which promotes environmental sustainability, ATC has toured the UK and internationally since it was founded in 1978, reaching audiences far and wide.

Recent projects include the 2018 revival of The Brothers Size which was staged at and co-produced with The Young Vic, Living with the Lights On (national tour, Young Vic, Helsinki and Barcelona), The Suppliant Women (co-production with Royal Lyceum Theatre Edinburgh, toured in 2017/18 to Royal Exchange Manchester, Young Vic, Dublin and Hong Kong Festivals) and Winter Solstice (co-production with Orange Tree, national tour). Other recent work includes The Events by David Greig (Traverse, Young Vic, UK and international tours 2013-16).