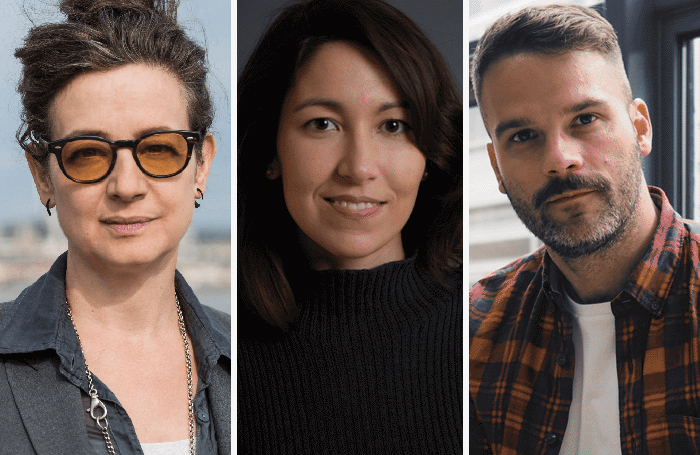 Arts organisations with an international focus, including the Barbican in London, have warned of the fallout caused by a no-deal Brexit and the impact it will have on their programming.

They have outlined concerns including visa issues for artists, problems transporting sets and equipment to the UK and a reduction in audiences due to the financial uncertainty of the British economy.

Other organisations that spoke to The Stage included the London International Festival of Theatre, international dance festival Dance Umbrella and Cervantes Theatre in London.

Dance Umbrella’s Emma Gladstone, Cervantes Theatre’s Paula Paz and LIFT’s Kris Nelson News Sep 20, 2019 by Giverny Masso The UK is set to leave the European Union on October 31, but there is currently no deal in place for its exit.

LIFT artistic director Kris Nelson told The Stage: “We’re extremely worried about the fallout of a no-deal Brexit both in terms of the immediate impact it would have on the festival, but also the impact it’s going to have on our audiences.

“Throwing that much uncertainty into the British economy and British people’s pocket books [will make people] more reticent to spend their money on theatre.”

Nelson said that in preparation for a potential no-deal Brexit, the organisation was “scenario-planning up to the hilt” and “not committing to financial risk in the ways that the festival might have before”.

Dance Umbrella artistic director Emma Gladstone echoed concerns about a reduction in audiences, and outlined worries around the mobility of artists and the cost of additional paperwork.

Gladstone told The Stage: ”About 70% of our festival programme is international, and about 50% of that is artists from Europe. Without question it would impact on the scale and range of the programme if the cost to invite European artists increases.”

She added: “The margins we work within are extremely tight, so the threat of impending increases in time and money to address the issues caused by no-deal are a major concern to us and others across the sector.”

Gladstone said the “shifting political situation” made it hard for the festival to plan ahead.

A spokeswoman for the Barbican said the organisation remained committed to continuing its European partnerships.

She added: “As a no-deal Brexit remains a possibility, we continue to review and to try to mitigate the potential impacts this could have across the Barbican’s operations.

“This includes being alert to possible issues that Brexit might create such as travel disruption and customs or freight movement issues. We are planning and developing contingency plans for this as much as is possible.”

“In a no-deal Brexit scenario we would have great difficulties bringing those companies and artists and we would need more resources and dedicated staff to deal with the bureaucracy and barriers that we would face,” she said.

Paz also outlined concerns about losing funding from Europe, as well as a reduction in audiences.