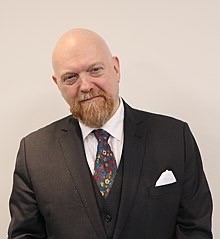 Graham Watts OBE has been appointed as the chair of Trustees of the Spanish Theatre Company and the Cervantes Theatre.

Graham has been a supporter of the Company since it opened in November 2016 and joined the Board of Trustees, in late 2019.  He succeeded Andrew Dyson as Chair at the beginning of lockdown and has been chairing fortnightly meetings of the Board of Trustees throughout these challenging times.

A well-known and respected dance writer and critic, Graham is Chair of the Critics’ Circle Dance Section and has been Chair of the National Dance Awards since 2010. He is an expert in building safety and has had a long career of work in the built environment professions and is director of a number of not-for-profit organisations, including the Construction Industry Council, the Considerate Constructors’ Scheme, Building a Safer Future and Constructionarium. He is also a member of the Construction Leadership Council, which has been working closely with government throughout the covid-19 crisis.

Speaking of his appointment, Graham said:  “It is a huge pleasure – and honour – to support the exceptional work of Jorge de Juan and Paula Paz in bringing Spanish and Hispanic plays (not to mention music and dance) to the Cervantes Theatre, which has become, in such a short time, a marvelous hub for cultural exchange between the UK and the Spanish-speaking world.  These are challenging times for all theatres, not the least for a small and young theatre such as ours and I will do my best – alongside an excellent board of trustees and management team – to ensure that we stay vibrant in this crisis and come back even stronger when it is over.”