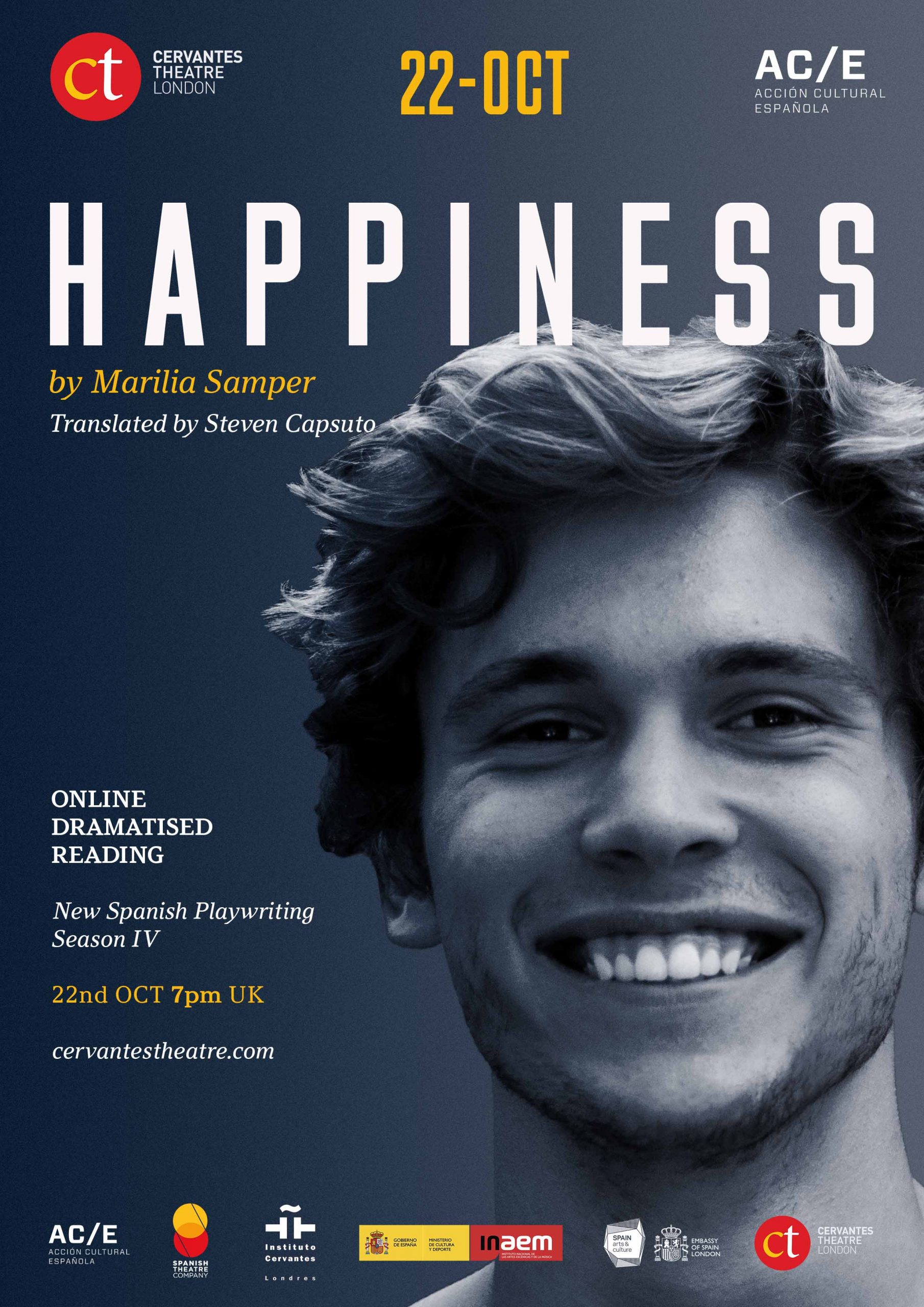 The edge of a city. A working-class street with old and cheap houses, where Julia lives with her son, Eli, who has cerebral palsy. Eli is 20 years old and he can’t speak, he can’t walk. He can’t do anything by himself. He spent the days in a wheelchair. He has grown up and Julia’s hernia doesn’t let her carry him in her arms (as she used to do) down the stairs. So, he doesn’t leave the flat. Julia is determined to solve this situation by installing a ramp to push Eli’s wheelchair and take him outside. Such a simple task can be an impossible undertaking when all conditions are unfavorable and, above all, if its completion depends on the goodwill and kindness of others. 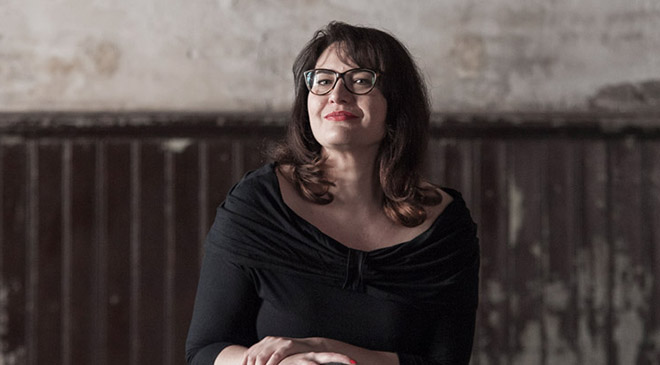 It gives me a great joy to have Happiness read by the Cervantes Theatre; not only for being able to listen to my words in English and the chance for my play to be spread internationally but also, because the contemporary British theatre is and has always been my greatest theatrical model. It is a great gift to me and I am, without a doubt, immensely proud to have my work being seen, listened to and read at the heart of the theatre I most admire and the one I most relate to.

Born in 1974 in Sao Paolo, Brazil, to a Brazilian mother and Sevillian father. After living in various countries, at the age of twelve, she went to live permanently in Spain. She spent her entire adolescence in Andalusia and it was there where she entered the theatre scene. She studied acting at the Instituto del Teatro of Seville, and worked with various Sevillian companies, such as Viento Sur Teator, La Matrona, and the Andalusian Theatre Centre. She then, almost by chance, began to write and with her first published and awarded texts, she came to Barcelona in 2001 and received a degree in Stage Direction and Theatre Arts from the Institut del Teatre. Since then, she has developed her career as an author and director, and her plays have been performed on the most-prestigious stages of Barcelona.

Happiness is the result of his Artist-in-residence work at Sala Beckett/Obrador Internacional de Dramatúrgia.