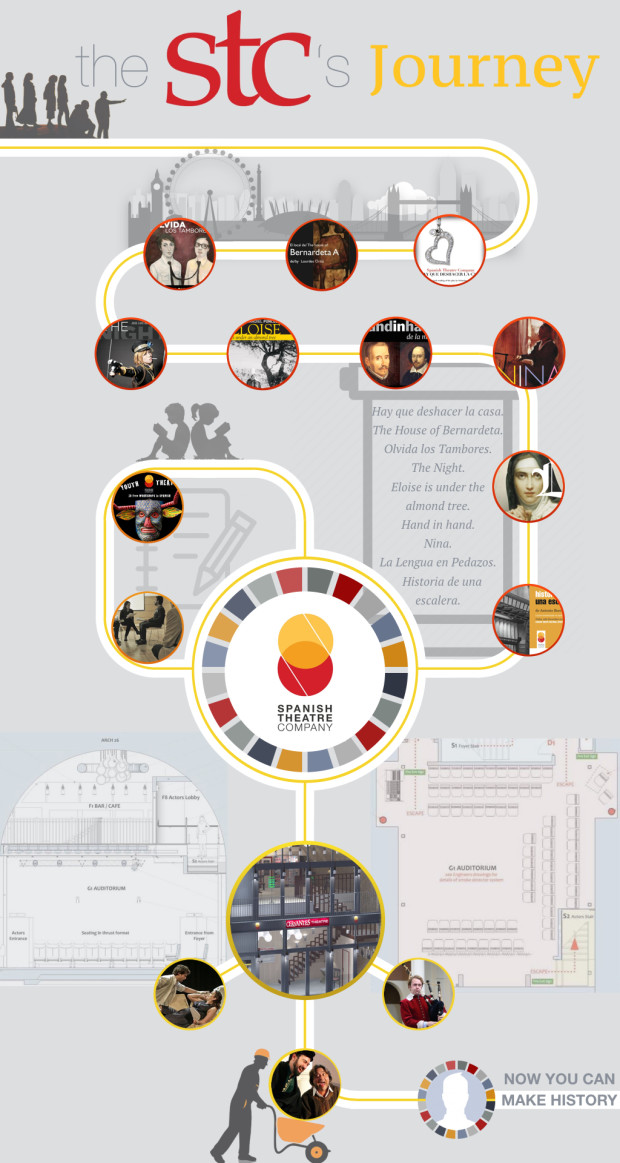 The Cervantes Theatre opened its doors in November 2016. It is the proud creation of the Spanish Theatre Company (STC), a charity which brings the best Spanish and Latin American theatre to London and to British audiences, thereby promoting Spanish language dramatic arts. The theatre will stage a combination of STC productions and performances of Spanish and Latin American plays from other theatre companies.

The Cervantes Theatre is London’s first venue dedicated to showcasing Spanish and Latin American plays, which are performed in both Spanish and English.The STC itself, the company behind the theatre, acts as a cultural link between the UK and both Spain and Latin America.

The STC presents a wide variety of Golden Age classics, as well as modern and contemporary masterpieces, to a broad audience of all nationalities. It also develops productions for schools. Through its bilingual programming, STC encourages Spanish/Latin American/British cultural exchange. It is becoming a reference point in London for Spanish-speaking culture and heritage.

The Cervantes Theatre – as well as the STC – is the brainchild of the renowned director, actor, and producer Jorge de Juan, who arrived in London in 2013 with the express purpose of creating the company. As its Artistic Director, De Juan has been collaborating with Spanish-speaking actors, directors, and playwrights, as well as set, costume and lighting designers, musicians, and technicians. He has focused on forming a creative environment open to all communities in which diverse artists can practise and extend their craft.
The STC has the support of various organisations and institutions including the Embassy of Spain in London, the Cervantes Institute London, SGAE Foundation, Canada Water Culture Space, Instituto Cañada Blanch, and King’s College London.