These are the two conditions: a test every month within the deadline of a year.

Nise, a lady renowned for her poetry and her beauty, demands these conditions from anyone who claims her hand. Only Octavio, a determined and stubborn young man, has been able to get to the last day of the last month unscathed. Neither of them imagine that their past, embodied in their two best friends, Beatrice and Manuel, will suddenly burst into their lives and force them to share secrets, desires and even a murky murder in the middle of a night. Their whole future depends on whether they know how to play their cards right.

A comedy written by Nando López based on the novel Seeing Through Love by María de Zayas. Nando López reclaims the modernity, the critical sense and the style of the great Baroque author. 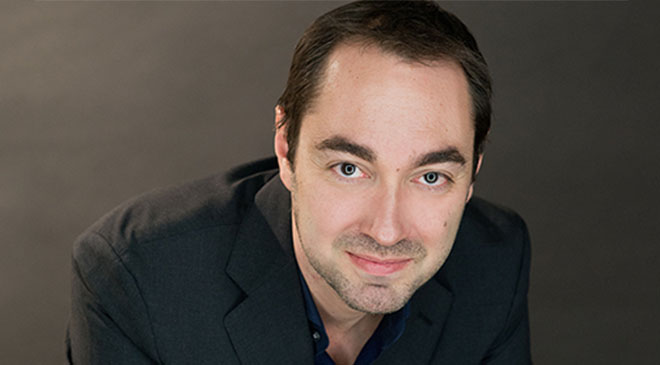 I personally think that, these kind of initiatives are twice as brave since they show English speaking audiences the unique way that the contemporary drama shapes the classical literary cannon.

As a playwright, his works include #malditos16 (a co-production by the National Dramatic Center that is a candidate for the 2017 Max Award for Best New Authorship), Los amores diversos, Tour de force, Cuando fuimos dos, De mutuo desacuerdo o La edad de la ira, based freely in his own novel.

He also teaches Secondary and Baccalaureate students, as well as postgraduate, on the Master of Dramatic Writing of the AAT.

He has premiered and published works internationally and in all kind of venues: alternative, commercial, public, etc.

He is the author of versions such as Las harpías en Madrid, (XXXIX Almagro International Theatre Festival) and adaptations such as those of Yerma (2015), by Lorca (Helen Hayes 2015 Award for Best Theatre Show) or Don Juan Tenorio (2017) , by José Zorrilla, both premiered at the Gala Theatre in Washington.