Shackleton and his Stowaway – Ed Fringe Sell Out Show

At the Cervantes Theatre from August 20th 2019

‘Absolutely beautiful and engaging script which captivates the audience and takes them along on the expedition with the characters.’ 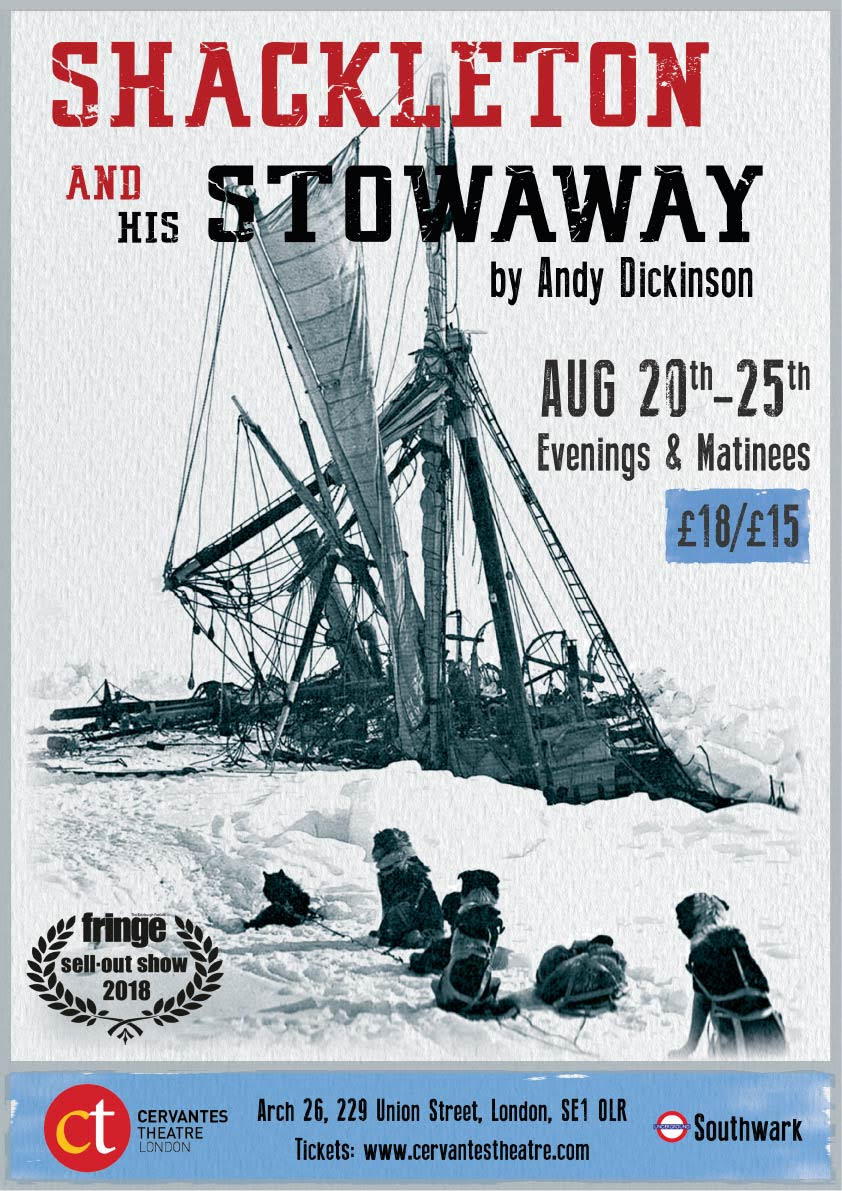 Shackleton and his Stowaway

‘When disaster strikes and all hope is gone, get down on your knees and pray for Shackleton.’
Due to popular demand, Stolen Elephant Theatre are bringing their Sold Out Ed Fringe play ‘Shackleton and his Stowaway’ back to London. It is based on the real events of the legendary Endurance expedition to Antarctica. It follows the misfortunes of an 18 year old stowaway who sneaks aboard Endurance. Initially, the stowaway is in complete awe of Shackleton. But this fades by the time Shackleton has gotten them trapped in the polar ice pack – even more so when Endurance actually breaks up and sinks. This leaves them adrift on the ice, hundreds of miles from civilisation.

‘Shackleton and his Stowaway’ is written by Andy Dickinson (‘A Flame in Hero’s Tower’, ‘Larisa’), who founded Stolen Elephant Theatre whilst working as a producer in London. Dickinson has produced for the multi award-winning Tangram Theatre Company and for Olivier Award winning playwrights Grae Cleugh and Jack Shepherd.
Simone Coxall, theatre and movement director, will be directing the August production. Simone has directed ‘The Tempest’, ‘Vinegar Tom’, ‘Orpheus and Eurydice’, ‘Don Juan Comes Back from The War’, and ‘Our Country’s Good’, amongst various other productions in London 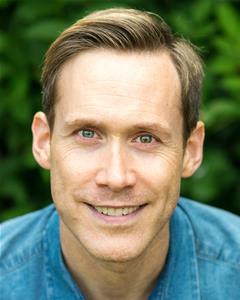 Richard Ede will be playing Shackleton. Amongst many other stage appearances Richard has played the lead in ‘THE 39 STEPS’ Official UK Tour. He has also done World Tours in Shakespeare’s ‘HAMLET’, ‘TAMING OF THE SHREW’, ‘OTHELLO’ and ‘MUCH ADO ABOUT NOTHING’. And amongst other TV appearances he has played Lord Lucan in ITV’s ‘LORD LUCAN: MY HUSBAND, THE TRUTH’

Elliott Ross will be playing The Stowaway. Amongst many other stage appearances Elliott was in ‘QUEEN ANNE’ and ‘LOVE FOR LOVE’ with the ROYAL SHAKESPEARE COMPANY. And he was nominated for ‘BEST ACTOR IN A PLAY’ Broadway World Awards for his performance in ‘SENSE & SENSIBILITY’. 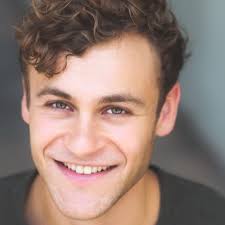