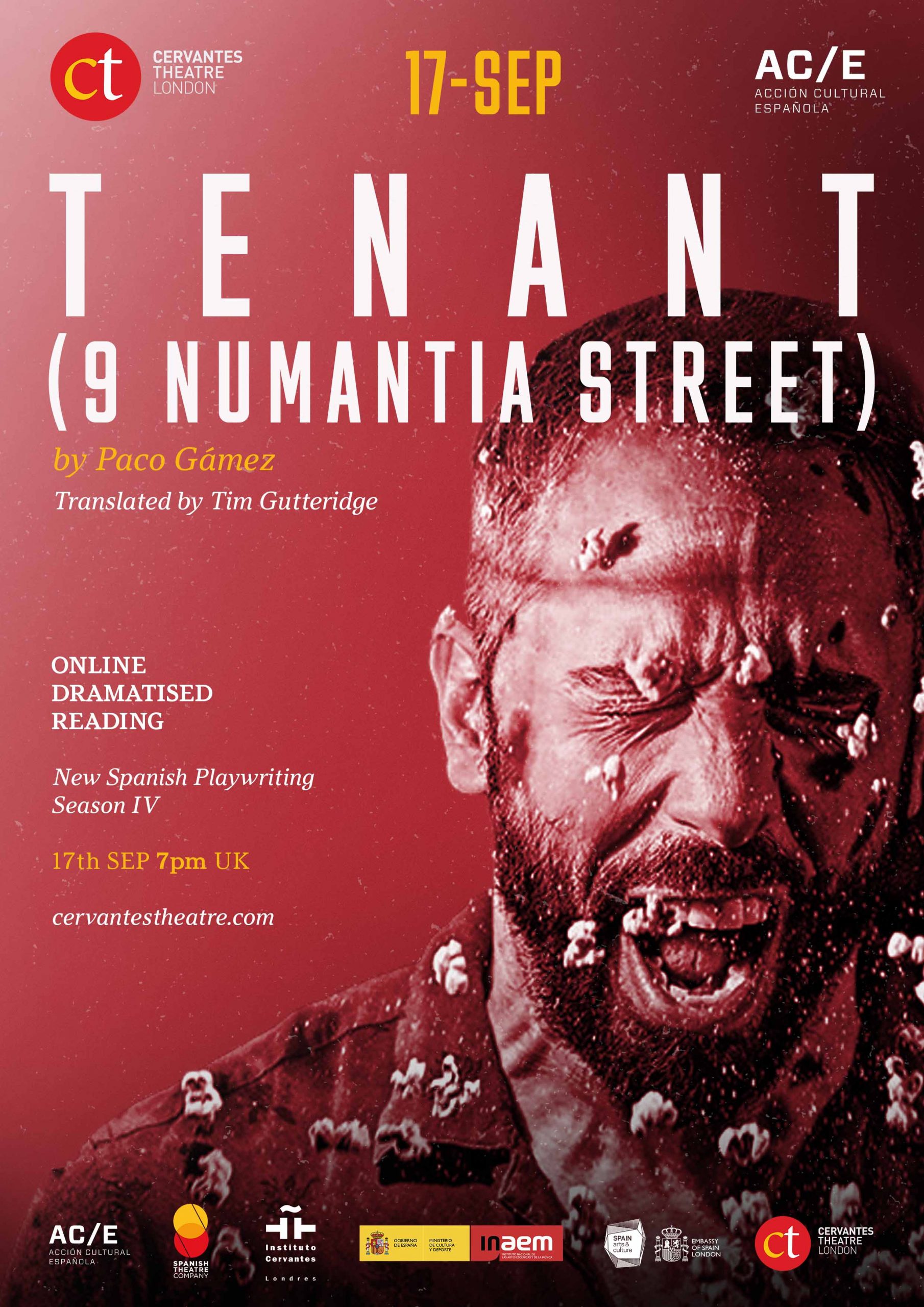 Tenant (9 Numantia Street) is a play awarded in 2018 with the Calderón de la Barca Prize for being “an urgent text, necessary and committed to social reality and for its suggestive scenic language.”

Premiered in Spain at the National Dramatic Center in 2019, it now arrives in London in its English version.

Tenant is the drama of a citizen who is forced to leave his apartment due to a disproportionate rent increase. It is an epic comedy of these times of crisis: the economy will be destiny; the villain, a landlord we don’t know; the hero, a young man raised in abundance who comes of age when the housing bubble explodes.

There is a lot of humor to tell a story that is not funny at all. There will be a party. 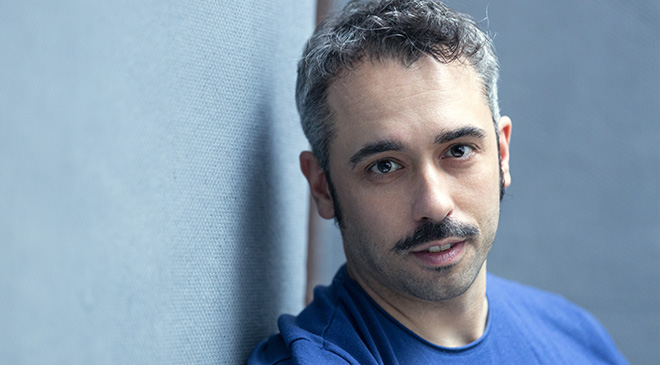 I studied my degree in English Studies because of my love for English Literature. My writingis influenced by British theatre (In-yer-face, Shakespeare…). Reading my words translated into English is a great joy for me and the fact that the text is linked to the Cervantes Theatre is an honour because of their work in spreading Spanish new playwrighting.

Paco Gámez is a playwright, actor and director.

In this season, Tenant (for which he is author, actor and director; and currently FINALIST TO THE BEST AUTHOR FOR THE MAX REVELATION AWARD) has premiered, with a production by the Centro Nacional Dramático (National Dramatic Centre), Katana (author) at the Pavón Kamikaze Theatre, Everlasting Love (director and playwright) at the Circo Theatre in Albacete. His plays Vírgenes and La Congadel Hater have also been performed on the Sánchez & Carbonell programme on the National Spanish TV channel La2 produced by La_Joven.

He is currently preparing a version of El perro del hortelano that will be premiered at the Gala Theatre in Washington D.C. and another play Las Calatravas, to be premiered at the Teatro de la Zarzuela in Madrid. He has also written a play that uses La Eneida for La_Joven as a starting point for the Teatro Circo Price in Madrid; and a collective play about Magallanes to be premiered at the Lope de Vega Theatre in Seville. Paco also participates in the New Dramaturgies Programme Donostia2016. His plays have been translated into English, French, Italian, Romanian, Portuguese and German. Paco Gámez has a degree in English Studies from the University of Jaén and Textual Interpretation from E.S.A.D. School of Dramatic Arts of Seville and a postgraduate degree in Entertainment Sciences from the University of Seville.