THE STAGE: Cervantes Theatre: The Spanish-speaking world’s pioneering home in the UK

Cervantes Theatre: The Spanish-speaking world’s pioneering home in the UK 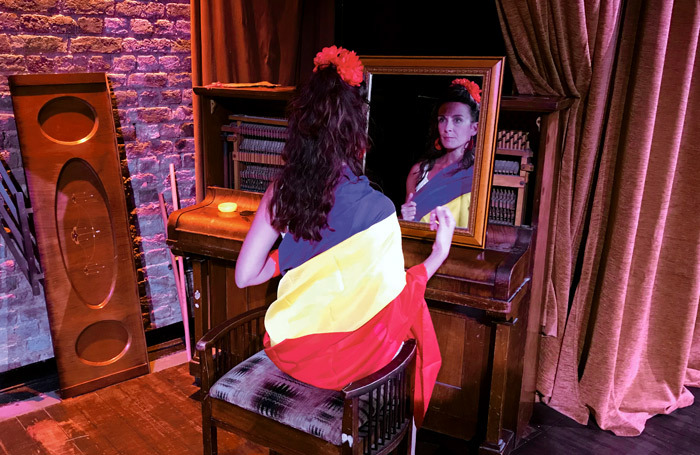 Founded in 2016, the Cervantes Theatre is the only venue in London producing plays simultaneously in two languages. Its associate director tells Nick Awde how it engages diverse audiences through its education programme while promoting women writers.

Paula Paz, associate director of London’s Cervantes Theatre, was one of the practitioners invited by the Instituto Cervantes cultural centre to discuss their careers and views at
the event Spanish Women Artists in the UK. The line-up also included artistic director of the English National Ballet Tamara Rojo, performance poet Isabel del Rio and visual artist Angela de la Cruz. “One of the main ideas was to talk about how multiculturalism informed our work and our experiences here,” says Paz.

At the event hosted in London by photographer Idil Sukan, aside from the expected interest in how to make and sustain a career in the UK arts, questions from the audience focused on what artists like these are doing to create greater visibility for their roles and companies in tackling the gender equality gap. 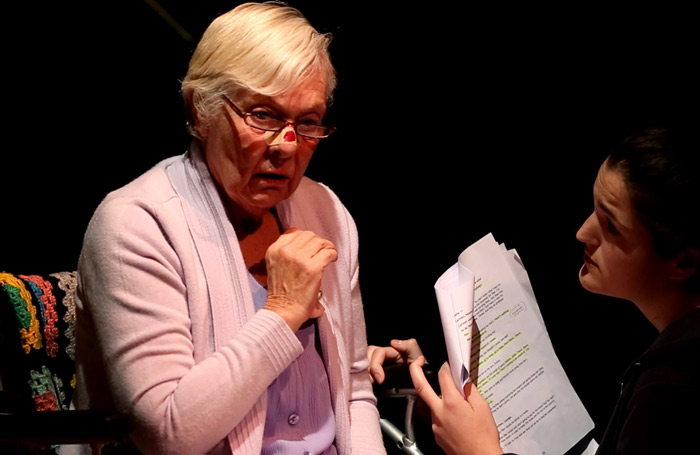 “I said, from my point of view at the Cervantes Theatre, that it’s about efforts like reaching out by showcasing as many plays by female writers as possible,” says Paz. “There are fantastic Spanish and Latin American female writers, but maybe you don’t receive those scripts. So it’s not about being complacent and just waiting, you need to go out and find and read those plays, assess them and put them into the spotlight.

“The way we programme, female voices are very present – female directors as well. For me it’s very important that I always try to meet them, to see their work, to keep in contact and hopefully invite them to come and direct here at the Cervantes.”

Paz is one half of the team heading the Cervantes Theatre, which nestles under the arches in the heart of Southwark’s burgeoning theatre quarter. Originally from Madrid, Paz worked as a dancer in Spain as well as overseas for Ballet Ireland. She also studied in the UK, completing an MA in theatre directing at Mountview Academy of Theatre Arts. After she and artistic director Jorge de Juan founded the Spanish Theatre Company in London, they went on to create a permanent home for the organisation in 2016 by founding the theatre.

Evolving rapidly, the Cervantes has always spread its wings beyond Spain, encompassing Latin America (and going some way to continuing the groundbreaking work of Daniel Goldman’s Casa Latin American Theatre Festival), with forays into the Portuguese-speaking sphere, which includes Brazil.

Paz says: “The Cervantes is about being as open and international as possible. We do the plays in both languages and we have a mix of audiences from very different cultures
and backgrounds. We have actors who are British, Spanish, Latin American and more. So it’s not only about us as Spanish and Latin American but also what we get from being in London in a city that is so multicultural.” 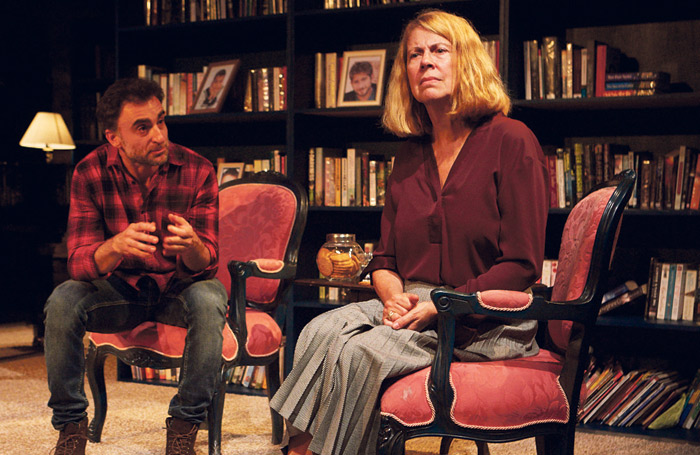 The theatre opened its doors in November 2016, just six months after the Brexit referendum. Its impressive growth and vision in creating a model of international cooperation a stone’s throw from Westminster have paralleled the UK government’s faltering Brexit negotiations with the EU.

“At the Spanish Women Artists in the UK event we were also asked how Brexit affected us, how it worked here for us,” says Paz. “I was honest and said that we still don’t know. Obviously, as a company, we want to bring artists from Spain, from Latin America, from around the world and guest companies too. That may prove to be difficult, but looking
for a positive, it’s not only about what we bring but how we work with artists and companies that are already here, what it means to be international.”

“We’re opening doors and sharing cultures, such as the conversations that take place after a play, seeing people from different nationalities who speak different languages. Suddenly we’re not a theatre that is just Spanish – people don’t have to be scared of a Spanish play or think it’s too exotic.

“We are a portal to a wealth of texts that are highly relevant to today’s issues and that transcend cultures and time – it doesn’t matter if it’s the Golden Age or a new playwright, they go beyond that.”

A unique selling point of the Cervantes is staging the same play in two versions, one for each language with the runs split across each week. You’ll see exactly the same production but with two different casts depending on which night you go – sometimes actors who are completely bilingual appear in both casts. 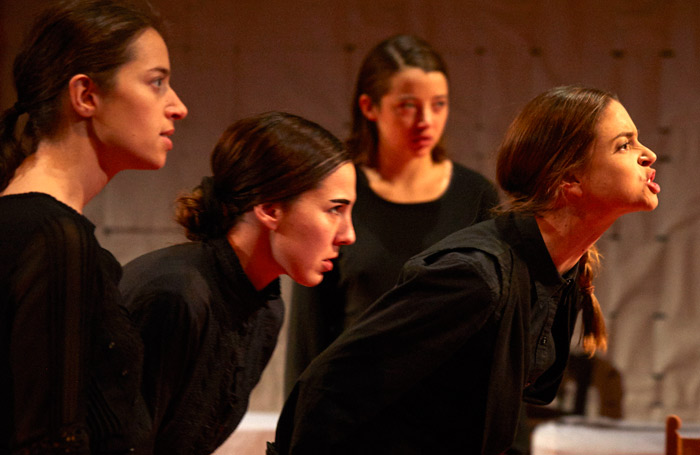 And although there’s a massive creative pay-off, it’s a challenge for whoever is in the director’s chair. “You start each rehearsal with each of the casts with your mind fresh, your eyes fresh, often on the same day. And because the language is different, the rhythm of the play is different. For example, in a comedy you find the humour in different places so you need to approach it in a completely different way even though it is the same production. And, especially viewed from my dance background, there’s also the language of physicality – gestures have cultural meaning as well.”

A future project close to Paz’s heart is delving into Spain’s Siglo de Oro, the ‘Golden Age’ of the 16th and 17th centuries that gave us such writers as Miguel de Cervantes and Lope de Vega – but also female writers like Sor Juana Ines de la Cruz, Ana Caro, Maria de Zayas and Angela de Azevedo. “Women couldn’t perform in England at that time, but in Spain they could. And not only they could perform, they owned the companies and commissioned work for them. That’s something that I’m really interested to bring here.”

Plays staged at the Cervantes are accessible beyond their runs in the shape of a new series of play scripts, published in collaboration with Madrid-based Ediciones Antigona. The editions are bilingual and include production photos and translators’ introductions, forming an important part of the theatre’s educational programme for schools so students can read a play before coming to watch it.

The series also offers a key resource for companies looking for new texts. “People aren’t doing more Spanish plays because they don’t have access to those plays or they are not translated or even published, so in this way they have the original in Spanish but, just as importantly, they have the translation in English.”

Rehearsed readings are also key to the Cervantes philosophy, and Paz takes them just one step short of a full production with set, costumes and movement. Each reading getsa three-day rehearsal period and it’s almost like a full production. “Audience members can really use their imaginations,” adds Paz.

Recent readings in both languages are Going Down to Morocco/Bajarse Al Moro by Jose Luis Alonso de Santos and translated by Duncan Wheeler, and The Eyes of the Night/Los Ojos De La Noche by Paloma Pedrero, translated by Catherine Boyle. These were directed by Australian Simone Coxall and British Marcus Roche respectively.

“It was the first time that they had directed in a different language,” says Paz. “And not knowing Spanish at all, for them it was a fascinating and empowering process. A director in that situation knows they can now direct in any other language because they know that even if they don’t know the exact words, if they have the translation then
they know the journey to directing in a different way.